The Most Beautiful Sound All Over The World! 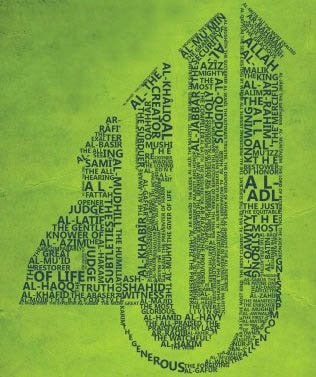 Some of the biggest misconceptions that many non-Muslims have about Islam have to do with the word “Allah.” For various reasons, many people have come to believe that Muslims worship a different God than Christians and Jews. This is totally false, since “Allah” is simply the Arabic word for “God” - and there is only One God. Let there be no doubt - Muslims worship the God of Noah, Abraham, Moses, David and Jesus - peace be upon them all. However, it is certainly true that Jews, Christians and Muslims all have different concepts of Almighty God. For example, Muslims - like Jews - reject the Christian beliefs of the Trinity and the Divine Incarnation. This, however, does not mean that each of these three religions worships a different God - because, as we have already said, there is only One True God. Judaism, Christianity and Islam all claim to be “Abrahamic Faiths”, and all of them are also classified as “monotheistic.” However, Islam teaches that other religions have, in one way or another, distorted and nullified a pure and proper belief in Almighty God by neglecting His true teachings and mixing them with man-made ideas. 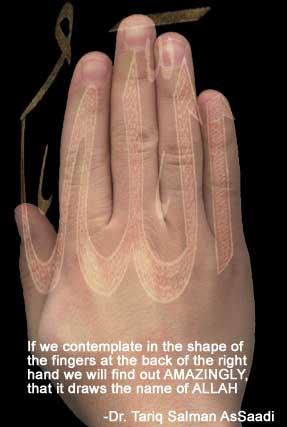 First of all, it is important to note that “Allah” is the same word that Arabic-speaking Christians and Jews use for God. If you pick up an Arabic Bible, you will see the word “Allah” being used where “God” is used in English. This is because “Allah” is a word in the Arabic language equivalent to the English word “God” with a capital “G”. Additionally, the word “Allah” cannot be made plural, a fact which goes hand-in-hand with the Islamic concept of God. 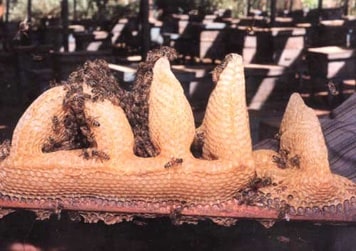 (Allah's name written by the Bees)


It is interesting to note that the Aramaic word “El”, which is the word for God in the language that Jesus spoke, is certainly more similar in sound to the word “Allah” than the English word “God.” This also holds true for the various Hebrew words for God, which are “El” and “Elah”, and the plural or glorified form “Elohim.” The reason for these similarities is that Aramaic, Hebrew and Arabic are all Semitic languages with common origins. It should also be noted that in translating the Bible into English, the Hebrew word “El” is translated variously as “God”, “god” and “angel”! This imprecise language allows different translators, based on their preconceived notions, to translate the word to fit their own views. The Arabic word “Allah” presents no such difficulty or ambiguity, since it is only used for Almighty God alone. Additionally, in English, the only difference between “god”, meaning a false god, and “God”, meaning the One True God, is the capital “G”. Due to the above mentioned facts, a more accurate translation of the word “Allah” into English might be “The One -and-Only God” or “The One True God.” 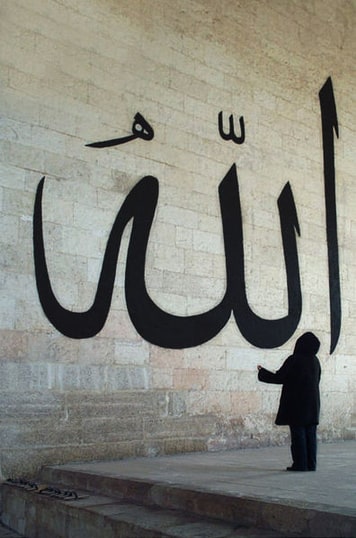 More importantly, it should also be noted that the Arabic word “Allah” contains a deep religious message due to its root meaning and origin. This is because it stems from the Arabic verb ta’allaha (or alaha), which means “to be worshipped.” Thus in Arabic, the word “Allah” means “The One who deserves all worship.” This, in a nutshell, is the Pure Monotheistic message of Islam.

What do Muslims believe about Allah?

1. He is the one God, Who has no partner.
2. Nothing is like Him. He is the Creator, not created, nor a part of His creation.
3. He is All-Powerful, absolutely Just.
4. There is no other entity in the entire universe worthy of worship besides Him.
5. He is First, Last, and Everlasting; He was when nothing was, and will be when nothing else remains.
6. He is the All-Knowing, and All-Merciful,the Supreme, the Sovereign.
7. It is only He Who is capable of granting life to anything.
8. He sent His Messengers (peace be upon them) to guide all of mankind.
9. He sent Muhammad (peace be upon him) as the last Prophet and Messenger for all mankind.
10. His book is the Holy Qur'an, the only authentic revealed book in the world that has been kept without change.
11. Allah knows what is in our hearts.

These are some of the basic guidelines Muslims follow in their knowledge of God:

1. Eliminate any anthropomorphism (human qualities) from their
conception of Allah. His attributes are not like human attributes,
despite similar labels or appellations.
2. Have unwavering faith in exactly what Allah and Prophet Muhammad
(peace be upon him) described Allah to be, no more, no less.
3. Eradicate any hope or desire of learning or knowing the modality of His names and attributes.
4. Believe totally in all the names and attributes of Allah; one cannot believe in some and disbelieve the others.
5. One cannot accept the names of Allah without their associated attributes, i.e. one cannot say He is Al-Hayy - 'The Living' and then say that He is without life.
6. Similarity in names (or meanings) does not imply similarity in
what is being described (referents). As a robotics arm differs from a
human arm, so the "hand" of Allah is nothing like a human hand, His
speech is nothing like human speech, etc.
7. Certain words are ambiguous or vague in their meanings, and thus
may be susceptible to misinterpretation. Only those meanings that are
in accordance with what is specified by Allah and His Prophet (peace be
upon him) are acceptable.

I AM A MUSLIM!